Why celebrate an “International Day”?

This Day is celebrated every year on 30 September on the feast of St. Jerome, the Bible translator who is considered the patron saint of translators. The celebrations have been promoted by FIT (the International Federation of Translators) ever since it was set up in 1953. In 1991 FIT launched the idea of an officially recognised International Translation Day to show solidarity of the worldwide translation community in an effort to promote the translation profession in different countries (not necessarily only in Christian ones). This is an opportunity to display pride in a profession that is becoming increasingly essential in the era of progressing globalization.

The United Nations General Assembly has passed on May 24, 2017, a resolution declaring September 30 as International Translation Day, an act to recognize the role of professional translation in connecting nations. Eleven countries – Azerbaijan, Bangladesh, Belarus, Costa Rica, Cuba, Ecuador, Paraguay, Qatar, Turkey, Turkmenistan, and Vietnam – are the signatories of Draft Resolution A/71/L.68. Also several organizations have been advocating for this resolution to be adopted: AIIC, CLI, FIT, IAPTI, Red T, WASLI.

Language plays an important role in communication. It is the symbolic behavior that allowed singularities such as art, religion, and science- to manifest. So, effective communication is made possible only through the aid of language.Language employs a combination of words to communicate ideas in a meaningful way. Language is created by people. It does not exist in isolation or outside the minds of people. It is created by people to cater to their needs.We humans attach meanings towards and modify them as per changing criteria. Therefore language is very important a part of communication and without it we can not communicate with each other. 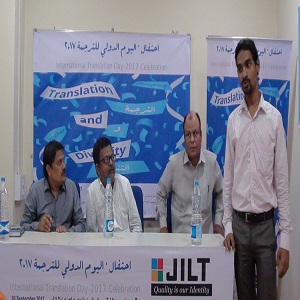 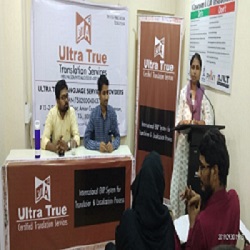 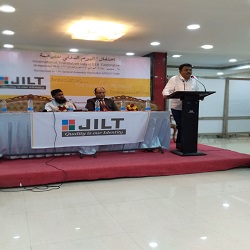 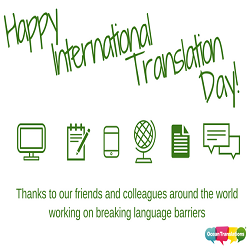 Quality Is Out Identity

Register your email for news and special offers